Bases mark your control over part of a Territory on the Map. Bases with more Influence cover more area on the Map and make an increased Income.

You can build a base by going to the Map and tapping the “Build” button in the toolbar at the bottom of the screen. This switches the Map to build mode, and you should see different-colored areas show up on the Map. Tap anywhere in the green circle to build your base!

Once your base is built, you’ll be able to visit its Profile screen and build Upgrades.

Now that you’ve built your Base, it’s time to Upgrade it to improve it’s value to your empire.

Before you can build any Upgrades, you’ll need to grab a few by Scanning the Map. Once you’ve collected a few items, you can build them at any one of your bases.

To build an Upgrade, go to the Base’s Profile screen and scroll down to its Inventory section. Tap the “Build Upgrades” button to launch a list of the Upgrades you’ve previously collected while scanning. Choose the quantity you want to build for each upgrade, and tap the “Build” button to begin construction.

Upgrades all take a certain amount of time to build, and won’t provide their benefits to the base until they finish construction. You can use

Tiberium to hurry the construction of an Upgrade and get its benefits immediately.

There are 3 main types of Upgrades:

Once you start construction of an Upgrade, it’s attached to that base and can’t be placed back into your Inventory – though you can tear down Upgrades, which removes them from the Base and destroys them.

Each Base has 3 special Zones, which are visible when in Build Mode on the Map. 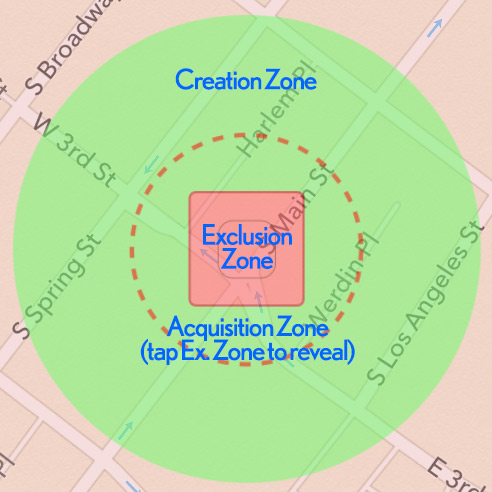 Workers are required to build new Bases. When you have more Workers than existing Bases, you’ll be able to build Bases instantly. If you build or acquire more bases than you have Workers, bases begin to require an increasing amount of time to build.

You can see your Worker count by visiting your Base list. Worker count increases as you level up, and you can hire more Workers immediately with

Your Bases are automatically defended by your Agents when another player Disputes them. This damages the Base’s Health (but not your own Health).

The best way to increase your Bases’ defenses is by hiring & equipping more Agents, which increases your strength in all Disputes.

You can also build Upgrades which have a Defense Bonus, like the Electric Fence etc. Defense Bonuses are added to your base strength (which is based on your Agents and Weapons/Armor).

To reduce the chances of your Bases being Acquired, your best bet is to increase your personal Dispute strength. You can also use diplomacy to make friends with players in your area, and avoid building in areas with hostile players. There’s safety in numbers – joining a Syndicate lets you share resources with other players and makes other players think twice about Disputing your claims!

For more details on Disputes & Bases, see the Disputes help